Aligning internal and external comms during a crisis

With 80% of colleagues furloughed, flights grounded and at times, negative press, how did Virgin Atlantic keep employees informed and engaged in a time of unprecedented crisis?

Steve’s conversation with Sequel MD Suzanne Peck talked about the early days of the pandemic and how honesty, clarity and frequent communications were vital to keep employees informed as events gathered pace.

Steve said: “We put all of our focus into Workplace by Facebook; it was a channel we already used and it was an easy, accessible way to get information to people quickly.”

Even after 80% of the workforce was furloughed by April, feedback was that employees still wanted to keep in touch with the business and to be updated.

The comms team moved away from all-company emails and relied more on MS Teams and Workplace Live for engagement.

When negative press headlines surfaced around slow refunds for customers and inaccurate coverage around a reported Government financial bailout, Steve said that external and internal comms made sure that messages were consistent, and open and honest with their people, using internal social media to get information out in real time.

Steve also talked about the effectiveness of regular comms from senior leaders, including weekly updates from the CEO, as a source of truth. These sessions also helped the comms team to get a feel for what was worrying people and what they needed to know about.

Steve said he’s learned that in a crisis you can’t communicate too much, and that hearing directly from senior management is very powerful for engagement. 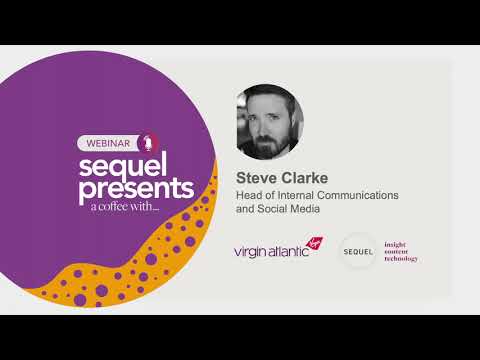 Want to know more? Request the full recording to hear the conversation.

How internal communications and IT teams can ...

What internal communicators and businesses ca...