Sequel helped the Gleeds Board reach all employees in Europe, India, the Middle East, Australia and the UK through a series of corporate film talks outlining the company’s three-year business plan.

Gleeds wanted to bring its global workforce together, emphasising that they’re all part of the Gleeds family, working towards the same goals.

The Board had a clear strategy but needed to communicate it to employees in a succinct and engaging  way. The group’s Chairman Richard Steer decided to take an employee roadshow (virtual during the pandemic) to allcolleagues, explaining the three-year vision for the business, focusing on the response to the pandemic and plans for the future.

We filmed the Chairman’s Futureproof Roadshow to run in 15 countries over five months. We helped Gleeds shape the event content, with corporate film, design and insight. This included producing a one-page effective communication strategy summary for an infographic and a series of films captured remotely and on location. We also conducted pulse surveys to get measurement from employees after they’d seen the roadshows.

All employees were introduced to the new plan in advance of the main roadshow event via a launch film featuring CEO Graham Harle. This film included the infographic we produced explaining Gleeds’ strategy for the next three years.

A series of films followed to bring the plan and global outlook to life for audiences at every roadshow, featuring Richard Steer and the Gleeds Board in a series of authentic conversations.

We filmed Richard in conversation with the UK CEO and interviewed key leaders on a selection of key topics in different locations around the Gleeds offices. Overseas leaders did remote filming, discussing what was happening in their regions.

•   91% would recommend attending the Futureproof Roadshow to a colleague 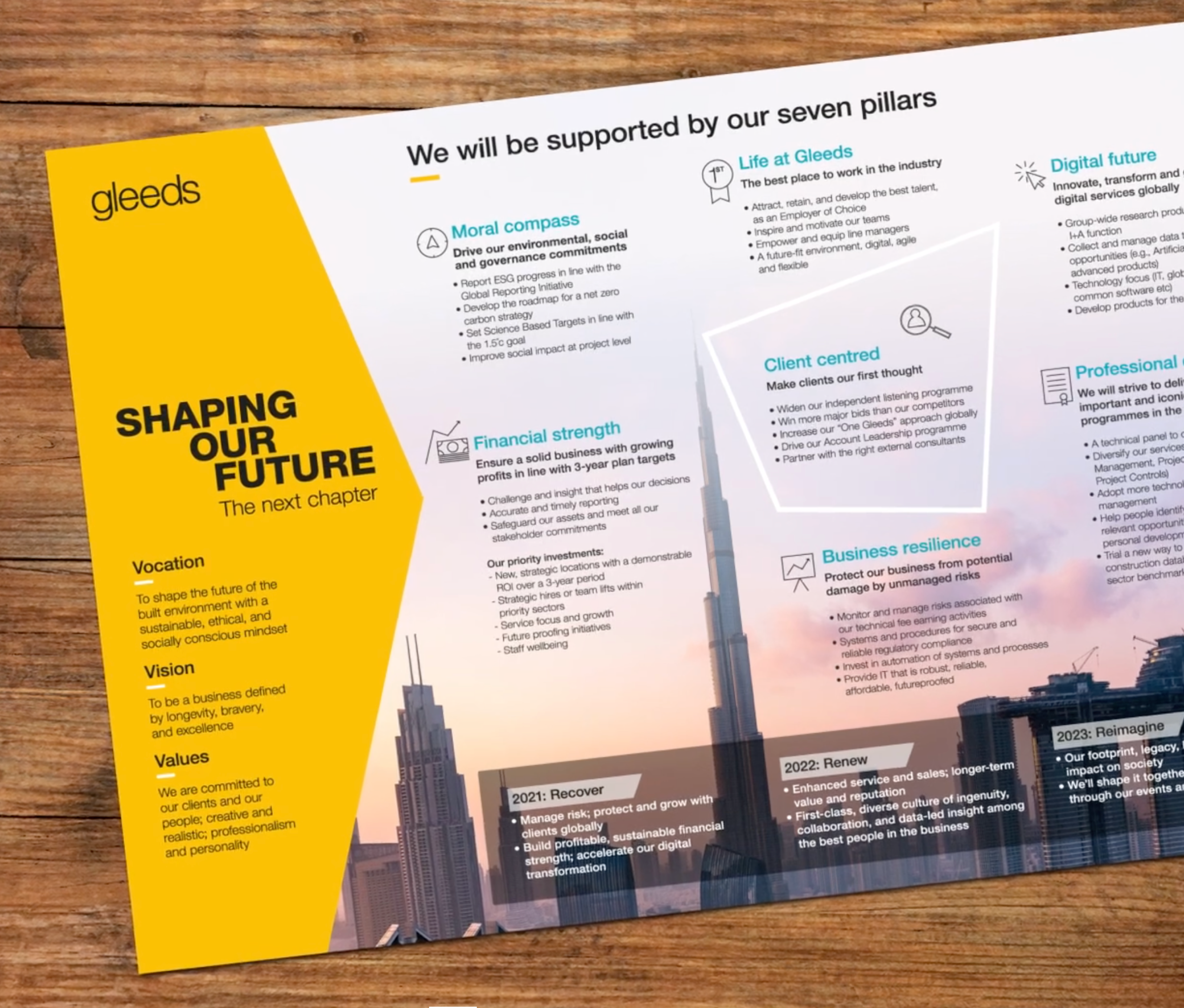 Sequel helped The Ben Kinsella Trust with comms support. We created a series of films and graphic wall displays celebrating the lives of young people killed

Sequel helped the Gleeds Board reach all employees in Europe, India, the Middle East, Australia & the UK through a series of corporate film talks outlining…

We are working with PZ Cussons to deliver corporate film and social content, including a well-received series of corporate videos for colleagues across…

The communications challenge was to bring OVO’s values to life for all colleagues. OVO Energy chose Sequel to work with them on a values animation to…

IoIC & Sequel Group’s 365 training is an insight-led, communication-first approach to Microsoft 365 to help tackle the demand for practical, comms-focused..

Given the nature of Bupa’s work, it is of utmost importance that Bupa UK people understand the importance of good hand hygiene. This Bupa employee campaign…