We are working with PZ Cussons to deliver corporate film and social content, including a well-received series of corporate videos for colleagues across the group featuring leaders in conversation about the business’s successes and outlook.

PZ Cussons is working through a transformation to drive positive change across the group. It’s part of an ambitious strategy to achieve B-Corp status group wide, voluntarily meeting the highest standards of social and environmental performance, transparency and accountability.

There have also been several senior leadership appointments, so this was a great opportunity to introduce them to colleagues around the world, sharing success stories and business plans.

The client wanted to connect leaders with colleagues in an authentic way to share their passion and commitment to the business. A corporate film series was decided as the best approach.

With offices only just re-opening and many people still working remotely, we looked for a way to capture interview conversations across several locations. It was also important to ensure contributors came across in a relaxed way, and that everyone felt at ease and comfortable during filming. 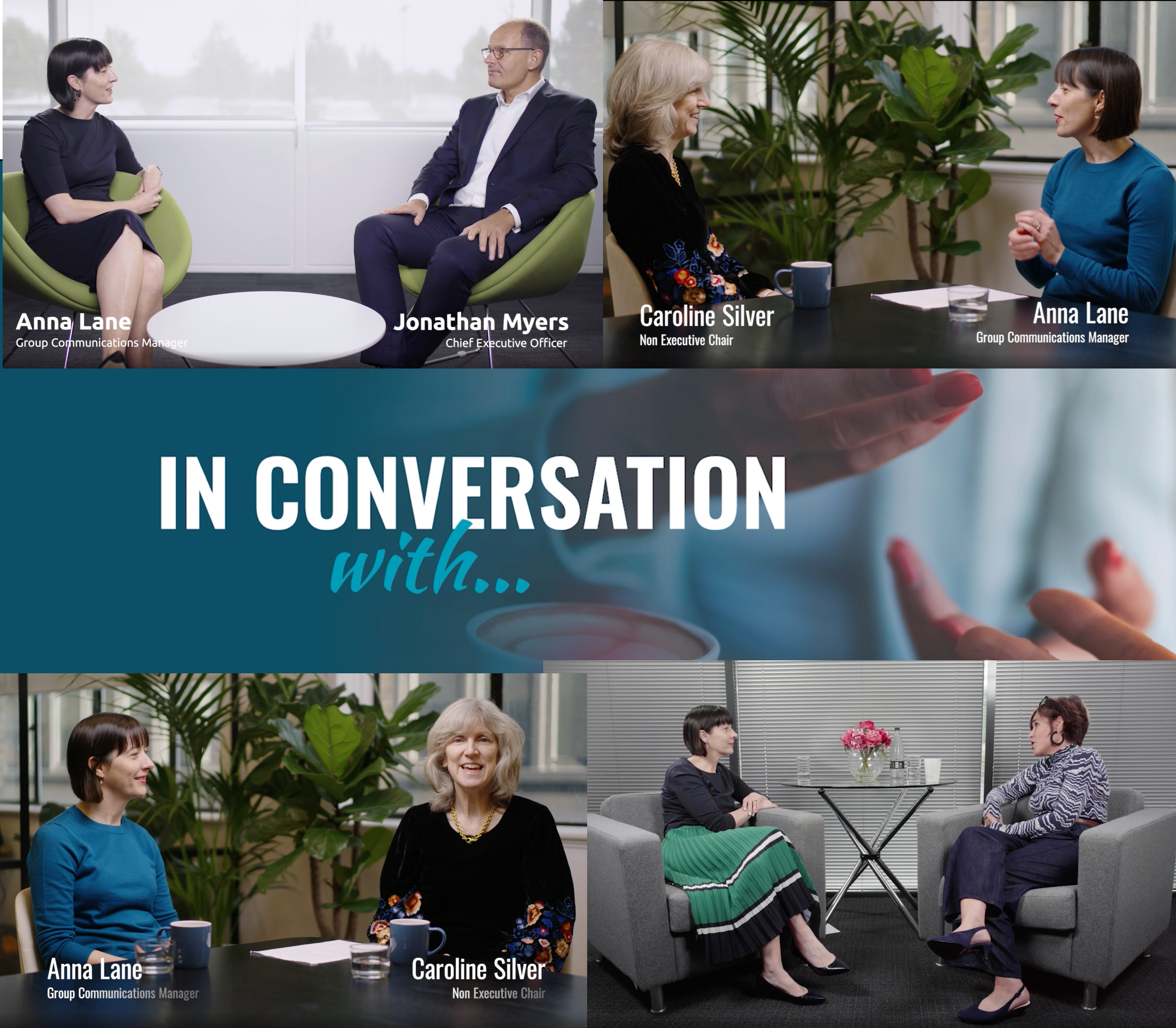 We worked with the client to develop a series of short ‘in conversation’ films hosted by the Head of Communications. The films are delivered on Workplace and available to employees working in all markets. Clips from key people are used on LinkedIn and other social channels.

Our corporate video producers identified the contributors, content and topics for each film as well as edit plans to keep a constant flow of content following launch. We planned for a mix of filming on location in the London and Manchester offices. Leaders were keen to show that office locations were open and safe for colleagues following the pandemic. We filmed as many interviews as possible each day to maximise cost effectiveness. We also captured two-person Zoom conversations for contributors based overseas or unable to make location filming.

The films share individuals’ stories – experiences, successes and achievements, business plans and priorities on a range of topics, from the PZ Cussons Board and Executive Leadership Team to HR, Talent, R&D, Marketing and IT, with contributors based in the UK, ANZ, Africa, US and Asia.

Feedback has been incredibly positive, with the films well received by colleagues across the business. With very little internal communication previously,  using video for internal communications has given colleagues an opportunity to see, connect with and understand leaders from across the business for the first time, especially important given the challenges everyone has faced during the pandemic. Feedback and measurement are ongoing, but with a growing appetite for good content, we now have a series of over 20 conversations with additional content captured for townhall meetings and social media. The films were also used in wider campaigns including the Carex Manchester Airport marketing launch and the new Purpose and Values initiative.

To keep communications fresh and engaging for colleagues there are plans to change the format too: possibly peer-to-peer interviews, more location filming and customer stories.

Anna Lane, Head of Communications, says: “We have found the Sequel interview series to be a real conversation starter in our business and it has helped us to keep the energy up during the challenges of the pandemic. We all love hearing about other people we are working with and through this informal series, we have communicated some important key messages to our people during a time of external and internal change. The Sequel team has been super-responsive and expert in executing this – many thanks.”

Sequel helped The Ben Kinsella Trust with comms support. We created a series of films and graphic wall displays celebrating the lives of young people killed

Sequel helped the Gleeds Board reach all employees in Europe, India, the Middle East, Australia & the UK through a series of corporate film talks outlining…

We are working with PZ Cussons to deliver corporate film and social content, including a well-received series of corporate videos for colleagues across…

The communications challenge was to bring OVO’s values to life for all colleagues. OVO Energy chose Sequel to work with them on a values animation to…

IoIC & Sequel Group’s 365 training is an insight-led, communication-first approach to Microsoft 365 to help tackle the demand for practical, comms-focused..

Given the nature of Bupa’s work, it is of utmost importance that Bupa UK people understand the importance of good hand hygiene. This Bupa employee campaign…