It was billed as the opportunity to discuss IC’s role at the heart of an organisation, but IoIC Live 2017 turned out to be equally focused on another part of the human anatomy – the brain.

Two days of fascinating     presentations underlined the premise that great communication isn’t just about the mechanics of what we do, it’s also intrinsically linked with emotional intelligence. 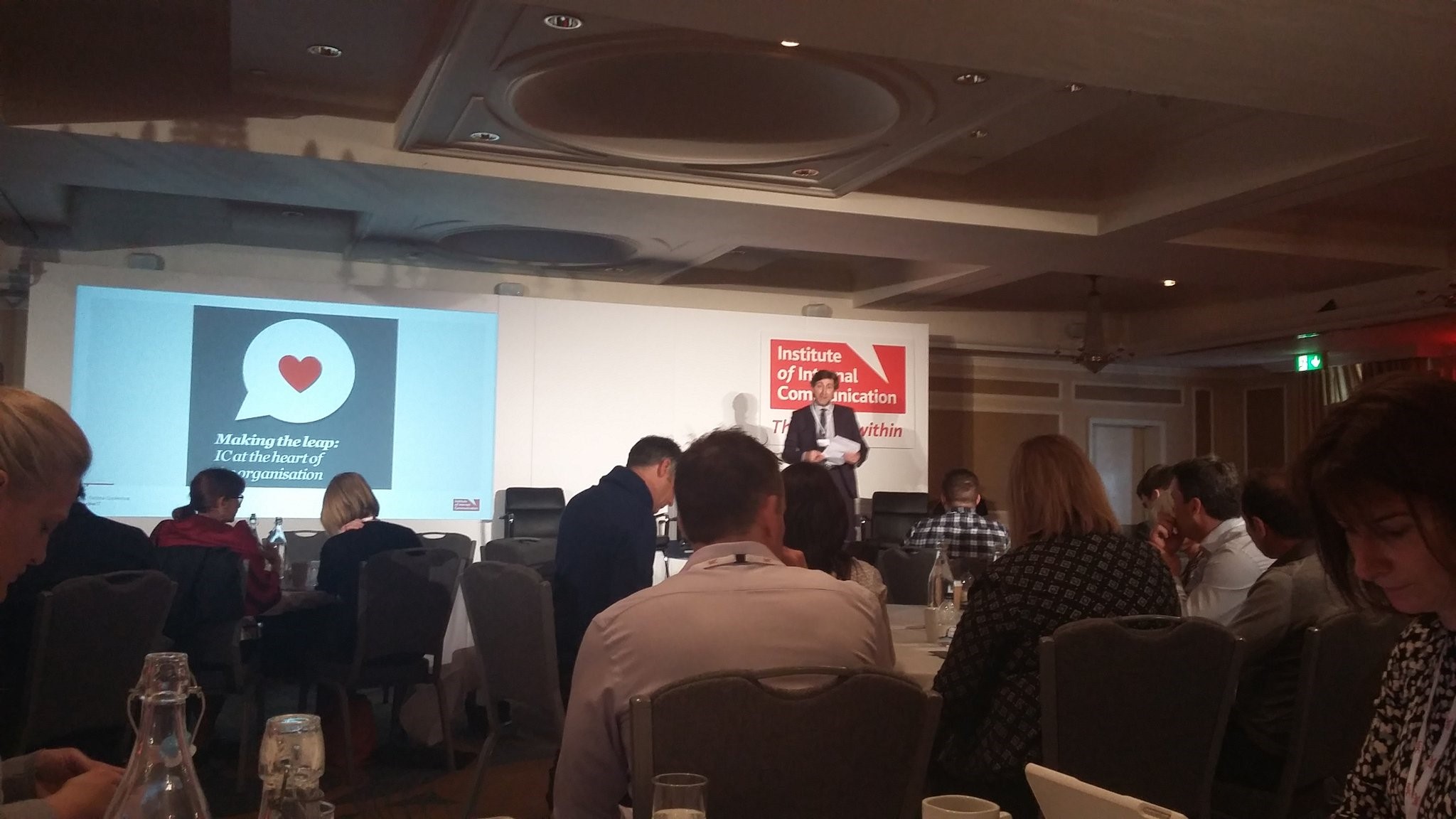 This was a conference that demonstrated that IC – as if we ever doubted it – is much more than producing award-winning channels. They should come as standard ; our challenge as communicators is to win the hearts and minds of our senior stakeholders by understanding the psychology of the people we need to influence.

Who says so? Well, Graham Cox for one. Graham is from Boundaries Edge, a company with staff from backgrounds in the British Intelligence Services, UK Special Forces, business psychology and Fortune 500 companies, and he explained how tapping into your CEO’s brain is key to success for a communicator.

That’s because, he told delegates, the brain is divided into different sections and it’s the emotional part that determines the way many people approach life. A proposal built on strong business foundations also needs to recognise the human element of decision-making.

This was a view supported by Nicole Utzinger, founder of EMEA Communications Consultancy, who believes firmly that understanding others is vital to influencing and building trust.

An amazing 86 per cent of decisions are made by the emotional part of the brain and understanding the right and wrong ‘buttons’ to press can make or break a relationship with opinion formers, said Nicole.

“People are people,” said Nicole. “We influence through empathy.”

Jane Sparrow, an experienced IC professional who runs The Culture Builders, adopted a similar tone and explained the role of emotional intelligence when it comes to communicating change in an organisation; she said it was important communicators understood the emotions their colleagues were experiencing during such times, but it was equally important to work on their own emotions and resilience.

Another key strand from conference was the blurring of the lines between internal communication and the outside world and the lessons that can be learned through successful mobile, social media and marketing strategies adopted by the biggest brands.

For Vicky Fletcher, tasked with setting up an IC function from scratch at leading brewer Marstons, great channels and other IC deliverables come from understanding the world your organisation operates in.

Her first stage in rolling out a new IC strategy – determining position – comes from an ‘outside in’ approach, examining the sector the organisation works in and working with marketing colleagues to get an insight into customers, as well as meeting those customers by going out into the business and interacting with them. Getting to know your organisation’s business strategy and the people who work for the business then follow to help you develop a core story that everyone can relate to (and which works alongside any external PR/messaging).

This ‘outside in’ approach can – and is – also adopted by those companies looking to develop a sustainable employee engagement strategy, as Harrod’s Niall Ryan-Jones explained.

Just as the retail giant uses data and customer insight to drive sales, it adopts a similar approach for its employees; Niall works with his business analyst team to better understand the employee base and see what tactics can be used to engage them fully with the business strategy. In doing so, this in turn helps build growth – a virtuous circle.

Fascinating as this cerebral approach to what we do was, IoIC Live – as ever – gave those attending a whole host of practical tips to ensure they went back to their offices armed with best practice which would, if adopted, make an immediate and positive difference to their workplace.

Hearts, minds, emotion, logic – there was something for everyone here…