Do you work in communication and often find yourself frustrated by your colleagues in IT?

Or perhaps you’re an IT specialist and don’t really understand how the comms function in your organisation works?

Either way, it’s long been recognised that in many businesses there’s an often uneasy relationship between the IC and IT functions with both groups unsure of just how to forge meaningful and fulfilling relationships.

At our next Sequel Presents: A Coffee With session on Thursday, 16 September, Sequel Managing Director Suzanne Peck will be joined by Joanna Poplawska, CEO of the CITF (Collaboration Innovation Technology Forum), the UK’s leading membership organisation for more than 4,500 technology professionals across 26 global industries. 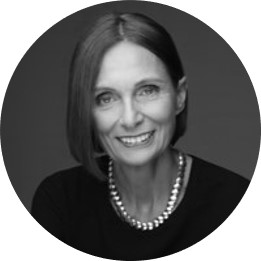 Joanna’s work involves providing ‘teccies’ with unrivalled learning opportunities around new technology but also broader business skills, including communication which, she says, often comes up in conversation with her members as a particularly tricky area.

“Many of our members struggle to understand the discipline of internal communication and, as a consequence, have an uneasy relationship with communicators. On the other hand, some have worked closely alongside their comms colleagues to develop a productive partnership,” says Joanna.

“With an increasing overlap between content and technology, it’s clear that this comms/IT relationship is crucial to the success of many organisations and a lack of trust or misunderstanding can seriously hamper a business trying to achieve its objectives.”

Joanna will be sharing her insight into what makes a great relationship – and offering advice to communicators on how they can work with IT to maximum effect – at our session on 16 September 2021. It promises to be a fascinating peek into the world of IT!

Book your spot below and check out our previous session on Communicating ESG: the Kraft Heinz case study

The webinar is free (from 11-11.30am) and to register your interest, book your place via Eventbrite. You’ll receive a link to the webinar the day before the event.

Sequel Presents: how to engage employees in t...