Every year C&A Foundation, the charitable arm of global retail giant C&A, launches an internal campaign encouraging employees to pledge to do good work in their local communities. In return for each pledge, the organisation raises funds to support local charities in over 21 countries, creating a lasting environmental impact and strengthened communities.

For the 2019 campaign, the client team asked Sequel to support across all campaign collateral, shaping the look and feel, messaging and producing an inspiring film that would build pride and encourage more employees to take part than ever before.

We worked very closely with the client and their in-house team to create the overall look and feel of Inspiring World 2019 (IW2019), editing content for the main campaign website, posters, digital banners and emailers. We managed translation in more than 20 languages with a focus on making a real emotional connection with the audience.

The central film showcased the scale and reach achieved by the campaign, featuring in more depth the work of some of the charities and social enterprises supported in previous campaigns, as well as employees working in different worldwide locations to explain the approach and share the call to action messages.

In line with C&A’s approach to the environment and sustainability, it was important to minimise environmental impact and ensure the production was as sustainable as possible.

With employee contributors identified in Mexico, China and Brazil we worked with local film crews to plan and carry out filming to minimise unnecessary travel. Alongside, we filmed two small social enterprises in Hungary and Belgium to capture their experiences and the impact of the support received from C&A Foundation.

Thanks to the integrated campaign and the impact of the film, the 2019 Inspiring World campaign was the most successful yet.

Around 30,960 C&A colleagues took part across 21 countries, sharing their small actions for big change, representing 63% of the total workforce. With their support more than €954,600 was raised for charities to create a lasting environmental impact and strengthened communities. 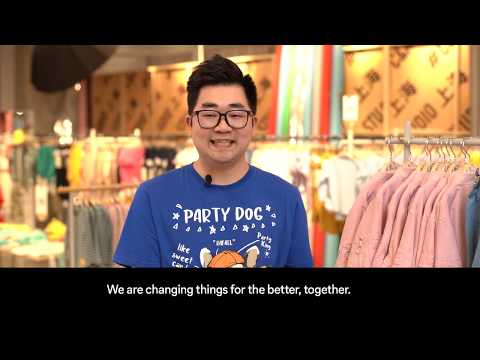