We created films in 2018 and 2019 to help the firm reach different audiences. The films needed engaging narrative and stand-out production, away from the usual ‘planet Earth’ views. The films had to effectively use the voice of real employees to tell the stories behind the journey towards lower carbon emissions and environmentally friendly holidays.

We worked closely with Virgin Atlantic to develop a cohesive creative approach and to focus on personality led films following employees working in different areas such as uniform, food and flying to show how their every-day work contributes to the sustainability of the business.

The 2018 film featured an introduction by the then CEO showcasing work to date and incorporated footage shot for a further four, 90-second films on different aspects of Virgin’s sustainability strategy.

The 2019 films featured stories about the work of the sustainability team in a presenter-led documentary style, with Virgin people ‘investigating’ the stories. These included sustainable hotels in Barbados, the decision to stop working with whales and dolphins in captivity in the US, and the latest developments in weight and carbon reduction on flights.

The 2018 Change is in the Air sustainability report was launched and supported by five engaging videos released in stages in line with external events.

“Big shout out to Julie Sander at Sequel Group for the Virgin Atlantic sustainability films (for any sustainability professionals out there looking to create videos for reporting). She completely understood our brief, was professional, efficient and friendly and a total pleasure to work with. It can sometimes be hard for sustainability people to find creative people who get the message, look and feel so readily. She really listened, but also wasn’t afraid to advise from her professional POV.” – Emma Harvey, Former Head of Sustainability, Virgin Atlantic & Virgin Holidays 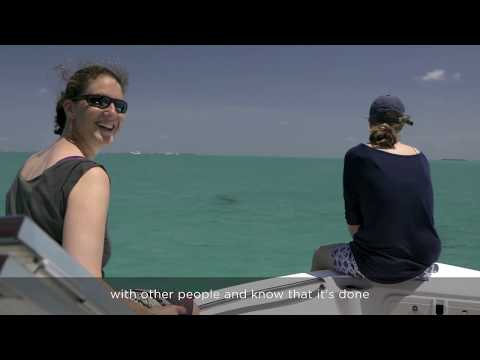