With constant changes in the market impacting the business, strategy and approach, Nationwide wanted to help colleagues to have a clearer picture of how the building society makes money and the balance between the deposits they receive from savers and the funds they lend to borrowers.

The communication had to stand out from other group-wide communications, working as effectively for new starters, through to office teams and member-facing colleagues in branches and call-centres.

Alongside the internal audience, the client also wanted scope to share the final communication with their members via the main website. With no shareholders, it is important for members to understand how their business operates and how it puts members interests at the  heart of everything they do.

Nationwide audiences respond well to visual communications, so we saw value in creating a simple, engaging explainer animation to bring the messages to life. This would be delivered via internal channels and as part of induction and training, supported by other strategic and operational collateral.

We worked with the client through the full-production lifecycle from narrative and messaging to storyboarding, design and animation.

The employee version of ‘How we make money’ had a terrific response with 4,842 colleagues watching the film, and 6,363 views. Even better than this, 78% of viewers watched the film right until the end, which demonstrates how engaging the content is.

Due to the current climate, the launch of the external film online has been pushed back to later in 2020, however the film has been shared at member talkback sessions with extremely positive results.

Out of four locations, more than 80% of people said they found the video useful/helpful.

“This video brilliantly illustrates how Nationwide uses a series of strategies to effectively compete in a truly competitive industry, making it a Society which is built to last,”

“Well summarised and easy to understand. Thank you!” 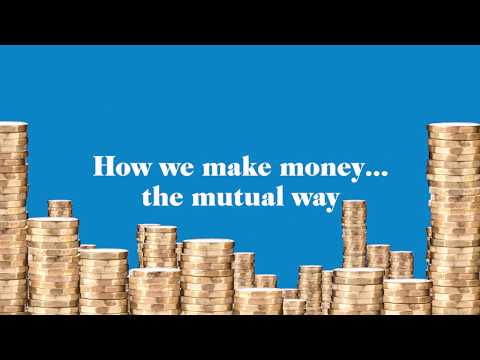