The Pension Protection fund (PPF) wanted a series of 10 explainer films, breaking down the different aspects of the work they do to be clear, engaging and easy to understand. The films had to work across diverse audiences including members, people needing information about their compensation and the media.

For the 10 film scripts, we edited large amounts of information that contained many technical terms.  To make the films engaging, we balanced serious information with visual metaphors to give them an accessible, fun and lighthearted feel. Subtitles were also incorporated into the films to be part of the animation, rather than an add-on.

We worked on a rotation basis to complete the series, getting the first script signed off and moving onto the storyboarding stage while the scripting of the next film began. With each storyboard we blended existing illustration with new elements to add interest.

To make best use of the budget and time, we also planned four voiceover sessions for use across the 10 films.

The films are available on the PPF website and on YouTube where they have had around 7,000 views, informing the media and reassuring new members about how they do what they do and how they make a difference. 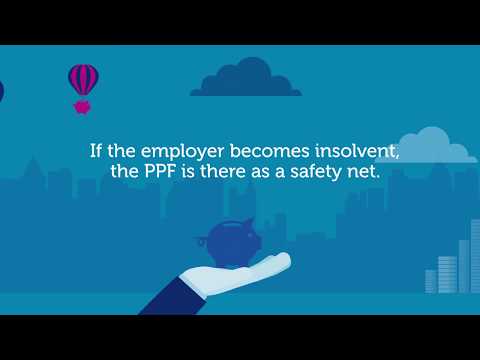