Sequel stepped in to support its charity of the year – the Ben Kinsella Trust – with a film to motivate donations which are drying up during the Covid-19 pandemic.

The Ben Kinsella Trust is an anti-knife crime charity based near to Sequel’s Islington office and was set up by the Kinsella family following the tragic murder of Ben in 2008. The Trust campaigns against knife crime and educates young people about its dangers and consequences, helping them make positive choices to stay safe.

Sequel used existing footage to create a short social media film. We worked with them on key messages with a focus on how the funds they needed would specifically support their award-winning exhibition which influences children away from knife crime.

Sequel film producer Julie Sander says: “Finding a way to move people emotionally is an important aspect in inspiring them to give financially to a cause. Our film featured school children‘s reactions to the Ben Kinsella exhibition showing how moved they were. It is difficult to watch, but it is authentic.”

Our team edited the footage and created new graphics.

The Trust was delighted with the repurposed film and is using it for marketing and on social media. 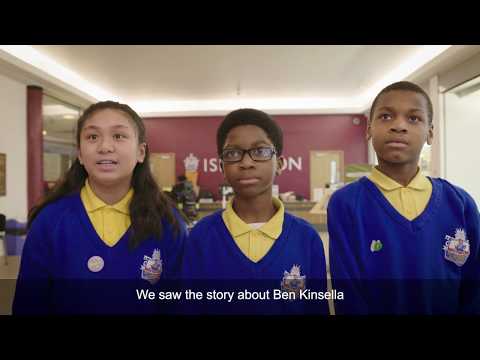 Design for our times