Like many organisations, Virgin Media Ireland found itself in the midst of a Microsoft Office 365 deployment at the height of the global pandemic.

Despite that, the transition from a clunky, rarely used intranet and an overdependence on email has been a great success.

In our recent Sequel Presents webinar, Kristina Norberg, Head of Internal Communications at Virgin Media Ireland, told Sequel’s Becky Leonard the secret of their success and a few lessons learned along the way.

1. Choosing the right tech for the organisation

“We worked with the IT team very early on – we were looking to update our intranet and they were looking to improve collaboration, so it made sense for us to join forces, and Microsoft 365 became our preferred option,” says Kristina.

That said, Kristina found the vast number of tools the suite offered to be overwhelming and knew that would be the case for other employees.

2. Team work and collaboration with IC, HR and IT

“We enlisted Sequel’s help to navigate our way through the jungle. It definitely helped from the start that we set up a project team involving IC, HR, and IT, and appointed a project manager. We met a few times a week to stay on top of everything because we had just four months until we switched off our old intranet.” 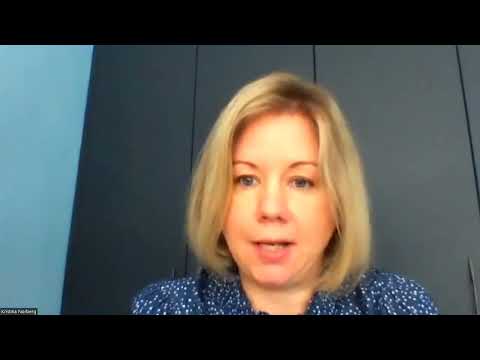 Champions were also established across the business who were early adopters and could support the different teams, identify any issues and feed back to the team.

The team worked with Sequel to assess the channel mix and identify the tools they would use.

“We chose Teams for collaboration, Yammer for social and community engagement, and SharePoint for the intranet,” Kristina explains. “There are a lot more tools, but we decided it could be damaging to roll everything out to everybody at once and that mix is working really well.”

Communicating the roll-out was crucial, she adds. “We’re a tech company so we thought people were used to Microsoft products, but it is more than that; it is a new way of working. To help people understand what tools to use and when, we created an interactive decision tree. And we launched a dedicated communications campaign very much focused on our people and how they would use the tools in their day to day lives, along with training tools.”

The team also focused on the leadership team, creating toolkits for people leaders so they understood how the new tools would work for them and their teams.

“We kept monitoring how people were getting on so we could roll out more targeted training and used our champions group to identify the needs of different teams so we could tweak our approach,” says Kristina.

The roll-out has had a huge impact, says Kristina. “With lockdown and now the transition to hybrid working we just wouldn’t have had the level of connection and engagement we now have.”

A year after roll-out:

“The small, community-led style of communication that Microsoft 365 enables is much more fitting for our culture than the top-down approach we had before. We’re very people focused and straight up and wouldn’t have been able to keep this level of engagement without it,” adds Kristina.

To request the full recording on how Virgin Media Ireland used Microsoft 365 to build a modern intelligent workplace, click here.

Sequel Presents: God, Zoom and the return to ...

Coming unstuck? Safeguarding the wellbeing of...