Seven years in internal comms – will I miss it?

When I learned – seven years ago – that internal communications was a ‘thing’ (a proper industry complete with qualifications, career paths, awards programmes, professional bodies and publications) it was a revelation. How had I studied a degree in Media and Writing and worked five years in PR and Marketing and not known this?

The answer is partly because I earned that degree and started my career in South Africa. Internal comms is not an established industry there in the way it is in the UK or US. Perhaps one day it will be, but a quick Google search tells me things have moved on only slightly since I lived there.

Now, as I prepare to return to Cape Town after nearly 10 years in the UK, I find myself wondering: is this goodbye internal comms as well as goodbye London?

The current state of job listings in SA suggests it might be. How do I feel about this? What has internal comms taught me and, bottom line, will I miss it?

“Working in internal comms is essentially about making other people look good… and that’s a Good Thing.”

I’ve sat on both sides of the client-agency fence and in both worlds I’ve worked alongside two types of internal communicator: the ‘purists’; those who entered the industry with purpose, formal qualifications, and a career in internal comms mapped out in front of them. Then there are the ‘accidentals’; people, like me, who came into internal comms more by chance than design.

The first thing I learned about internal comms was: it’s not just me who doesn’t know what it is. Every internal comms pro has a well-prepared stock answer for the quizzical looks from friends, family and even co-workers who wonder what it is we actually do. As a result, internal comms is an industry that is very good at talking about itself. (Yes, here’s another blog about it!)

It’s also good at showing how it adds value. It needs to be. For a long time internal comms struggled to get taken seriously at Board level, and get the budgets to match. I’ve been fortunate to work in places that really value internal comms, but I know this is not the case for everyone.

The second thing I learned: working in internal comms is essentially about making other people look good. It’s about your CEO or leadership team getting kudos for your great comms, and that’s a Good Thing. Increasingly it’s about creating platforms for employees to speak to each other, collaborate and do their own comms. That’s a Great Thing.

For someone who wanted to be a journalist and has designs on being a published author, this has been a humbling and important lesson. Communications is not about you: it’s about what you have to say. Focus on the message. Remove your ego.

“Communications is not about you: it’s about what you have to say. Focus on the message. Remove your ego.”

Coming from a PR background, I’ll admit that I initially thought internal comms would be easy by comparison. A captive audience – hooray! But I’ve also learned that a captive audience does not always equal an interested audience. Another slice of humble pie.

So will I miss it? The short answer is not really. But before you click away in annoyance, let me explain.

Good internal communication is, fundamentally, just good communication. The audience and context may be different, but any great communicator begins by considering their audience: who are they, what do I need them to know, how do I get them to care about this? The context informs how comms can add value.

I won’t miss internal comms because I’m not really leaving. I’ll still be communicating, in one form or another. I might go into journalism or fill my time with copywriting gigs, but I’ll be taking my transferable skills with me.

I leave this industry a better communicator: clear on purpose and how to add value, focused on the message not the ego, and always thinking audience first.

Thank you internal comms, and goodbye for now. 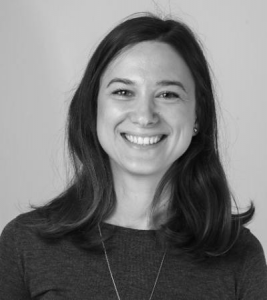 Melanie was recently Senior Internal Communications Manager at Bupa, running global comms and employee engagement campaigns. Before that she spent five years with Sequel Group as an Editor and has worked in various internal and external comms roles over 12+years. Now a freelance writer and aspiring author, she also delivers training to help clients tell their own stories with greater impact.

Connect with Melanie on LinkedIn